According to the Freedom House’s Freedom of the Press Report (2017) Israel rates as “partly free”, ranking below most Western and Central European countries.

With major news and media outlets  – print, online and broadcast – increasingly subject to governmental regulation and under the control of a handful of special interest groups and banks, social and media critics from all sides of the political spectrum have voiced concerns about the imminent erosion of the freedom of the press. Seeing that the majority of the Israeli media market is also concentrated within a ten-mile strip in the geographic, cultural and financial heartland of Israel, these processes further contribute to the conditions in which the interests of certain vulnerable populations are disproportionately represented in the popular media, such as low-income households, historically disenfranchised communities concentrated in the periphery and the occupied territories, asylum-seekers and immigrants. As an example, while the Arab population comprises ca. 20% of the entire Israeli population, the representation of Israeli-Arabs in daily news and talk shows across popular media in 2018 amounted to merely 2.9%, only 16% of which were Arab women.

In this light, the indispensable role of independent journalism, often operating well outside the purview of popular media, comes sharply into view, not only in its task of exposing systemic corruption geared toward disarming public media but also in amplifying marginalized voices of society.

This need for an independent journalism is the ‘raison d'être’ of HaMakom magazine. Since its establishment in 2013, the small and dedicated staff of HaMakon have been able to publish over 3600 articles and break hundreds of investigative stories that were then followed up by mainstream media: TV news, radio, newspapers and web outlets.

Continuously sought after by its loyal readers, peer journalists and other media outlets, HaMakom is in the journalistic forefront of issues like the #metoo social phenomenon, police brutality, social inequality, racism and labor rights. Reeling mainly on women workforce, HaMakom constantly brings to its reader an updated map of the corrupted ties between money, politics and power.

Other notable achievements of HaMakom include:

Drop us a line 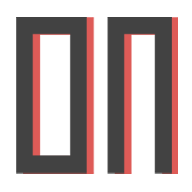